How does the pill work? You asked Google – heres the answer | Holly Grigg-Spall

Every day millions of internet users ask Google lifes most difficult questions, big and small. Our writers answer some of the commonest queries 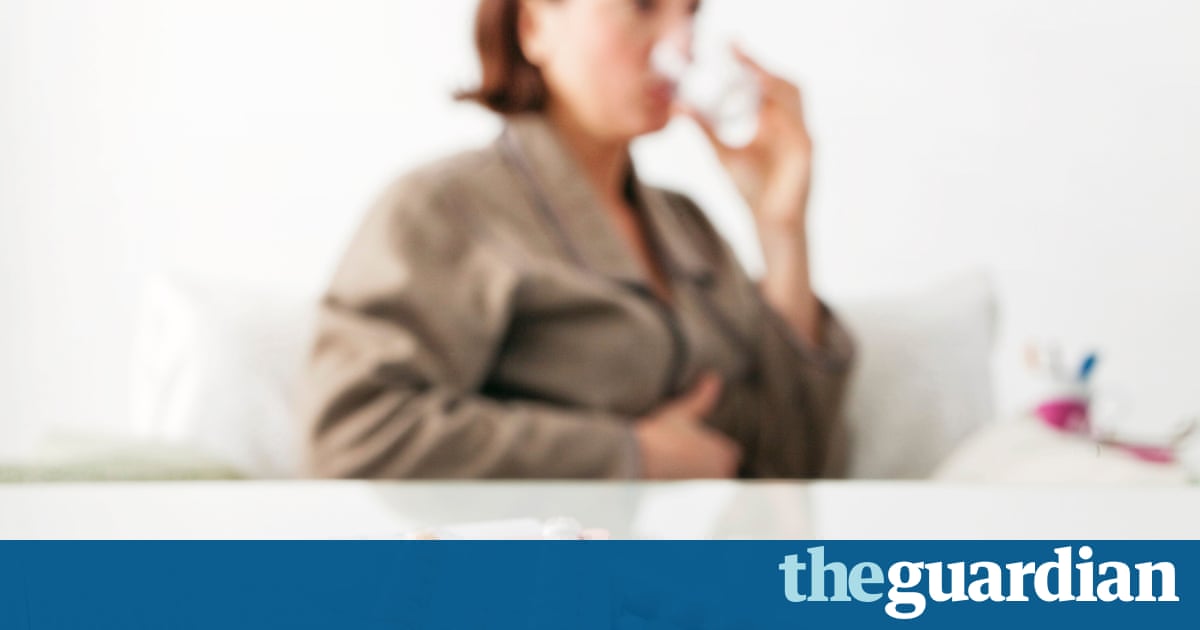 The pill was the first drug to be created and prescribed for healthy people. Oral contraceptives became available in 1961 and within a decade were so ubiquitous as to gain the pet name of the pill. Fast-forward to the present: 100 million women will take a form of the pill today, right after brushing their teeth or before they go to bed. In fact, 80% of women will use oral contraceptives at some point during their lives. Many women now start taking the pill during their teens and continue taking it, every day, for several decades. The pill has become such a normalised, commonplace part of womens daily routine that its easy to forget that the pill is actually a powerful medication. But all of us, at some point, will want to know: How does the pill work?

The pill is made up of a synthetic estrogen and synthetic progesterone (known as progestin). These synthetic hormones are not the same as the hormones produced by the female body. The pill actually stops the production of those endogenous hormones via the brain. It suppresses the creation and fluctuation of hormones that make up the menstrual cycle and replaces that cycle with an artificial, flat stream of synthetic hormones. The body stops producing its own hormones and the pill acts as hormone replacement.

This process switches off the ovaries, preventing ovulation (the release of the egg from the ovary). The pill also prevents the production of fertile cervical fluid (essential for sperm to reach the egg). Plus, the lining of the uterus does not grow thicker (this uterine lining is what would usually, in an unmedicated cycle, become your period). This is the three-fold action by which the pill prevents pregnancy. Although women are only able to get pregnant on six days per menstrual cycle, the pill is taken every day to ensure infertility.

The usual language used for describing how the pill works is too often a mix of half-truths, platitudes, and a simple fudging of the facts. Understanding how the female body works when not on the pill can help us understand how the pill works. However, the female body and reproductive health have long been after-thoughts in science, as in our society. As a result, the pill has become both a product and a proponent of a sexist set-up, creating a gap in knowledge that gets filled with a host of medical myths.

For example, you may have heard that the pill regulates periods. The pill doesnt manage the menstrual cycle, it replaces it, and therefore the pill does not regulate the menstrual cycle. When women take the pill, they do not experience a cycle or periods. When they take a break from the pill once a month or take the placebo/sugar pills and bleed, this is not menstruation. The bleed experienced on the pill is a withdrawal bleed (your body is withdrawing from the synthetic hormones) and very different from a physiological period.

Early pill researchers decided to create the break week (or the few days of placebo pills) to allow women to experience a bleed each month. At the time, it was considered a good sales tactic to design the pill packs this way; they thought women would be concerned by not bleeding month-in-month-out and, as such, would be reluctant to take the pill. Today youll often hear that there is no medical reason to have periods on the pill. What is meant is that theres no medical reason to have withdrawal bleeds on the pill, and thats precisely because the bleeds on the pill are not real periods. Withdrawal bleeds are an inessential design feature of the pill, but actual menstruation is different. There are many good medical reasons to have a period in fact, the American Committee of Obstetricians and Gynecologists (ACOG) recommends women view their periods as the fifth vital sign of health.

Part of the mythology that surrounds the pill is the idea that menstruation is unnatural. This developed from the paleofantasy of one doctor. He assumed that, because paleolithic women did not experience many periods in a lifetime (presuming they were pregnant often, breastfeeding, and then, of course, dying very young) in comparison to modern-day women, it is therefore more natural for women today to not have a menstrual cycle. It is more natural, he reasons, for them to be on hormonal birth control. So, the theory is that the pill takes women back to our presumed natural state of constant pregnancy and breastfeeding (no ovulation, no periods).

But its just a theory, without evidence, as we cannot know what occurred pre-science, or pre-society for that matter. Anyway, the pill does not actually mimic pregnancy; what happens to the body on the pill is more like a chemically induced menopause. The pregnancy hormones are estradiol, estriol and progesterone, which give many benefits. The pill contains ethinylestradiol and a synthetic progestin (like levonorgestrel or drospirenone, for example, as there are many kinds), which do not give the same benefits, and actually have many of the opposite effects.

Rather than questioning if a biological function is natural, it makes more sense to investigate whether it is important for good health. Its interesting to note that there are few functions of the male body we consider obsolete, unnecessary, or unnatural. Ive yet to hear a doctor make the argument that men might actually ejaculate too much, and as such should avoid ejaculation (preferably with ejaculation-preventive drugs), unless its for the purpose of conceiving a child.

The connection between the menstrual cycle and womens health is not theory, but scientific fact. The menstrual cycle and ovulation, specifically female biology, allows women to get pregnant and give birth, but thats not its only reason for being. Menstruation and ovulation are two connected parts of the same biological system. That we ask do women need periods? rather than do women need to ovulate? reveals that theorising around the necessity of menstruation is always wrapped up in the culture of period shaming and taboo.